I had written short texts telling the story of a failed relationship, a trivial heartbreak yet one that had made me suffer more than anything else in my life. Many years later, I would go back to Japan, where that love story took place, and made these photographs. This series is called “Heartquakes”. Translations of Japanese texts: 1- “They had slightly different opinions.” 2- “She felt her heart beating fast.” 3- “He tended to look on the dark side of things.” 4- “She left the office without saying a word.” 5 -“He was not in his right mind.” 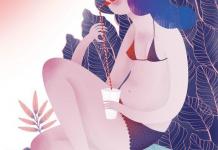